After releasing the official music video for “Name On It” (watch here), J. Simon dropped his hard-hitting 7-track effort, Simon Says. The new project provides insight to the man himself, well as his artistic demeanor. Simon Says comes with features and production from the likes of Ink, Cheeze Beats, Roc N Maybe, Nonstop da Hitman, Musik MajorX, and HIME.

Prior to the release of his new project, J. Simon hit the road with T.I. and the rest of the Hustle Gang for the official Hustle Gang Tour. Making stops in Dallas, Austin, Orlando, St. Petersburg, and Jacksonville, with radio interviews in-between, J. Simon has been cultivating a major following thanks to his nonstop hustle and undeniable music. From a behind the scenes perspective, to show footage, and much more, J. Simon’s “Hustle Gang Tour” vlog delivers great insight into the Mobile, AL rapper’s day-to-day life.
Stream/Download “Simon Says” Here
Watch J. Simon’s “Hustle Gang Tour” vlog now:

Come out Tuesday June 27th to Toppings Pizza Lounge and join @smokinjokin1 as they record live.

ROLL-UP AND CHOP IT UP WITH HOSTS Tatu Hill, Big Duke, Blackowned Cbone , and PCPele 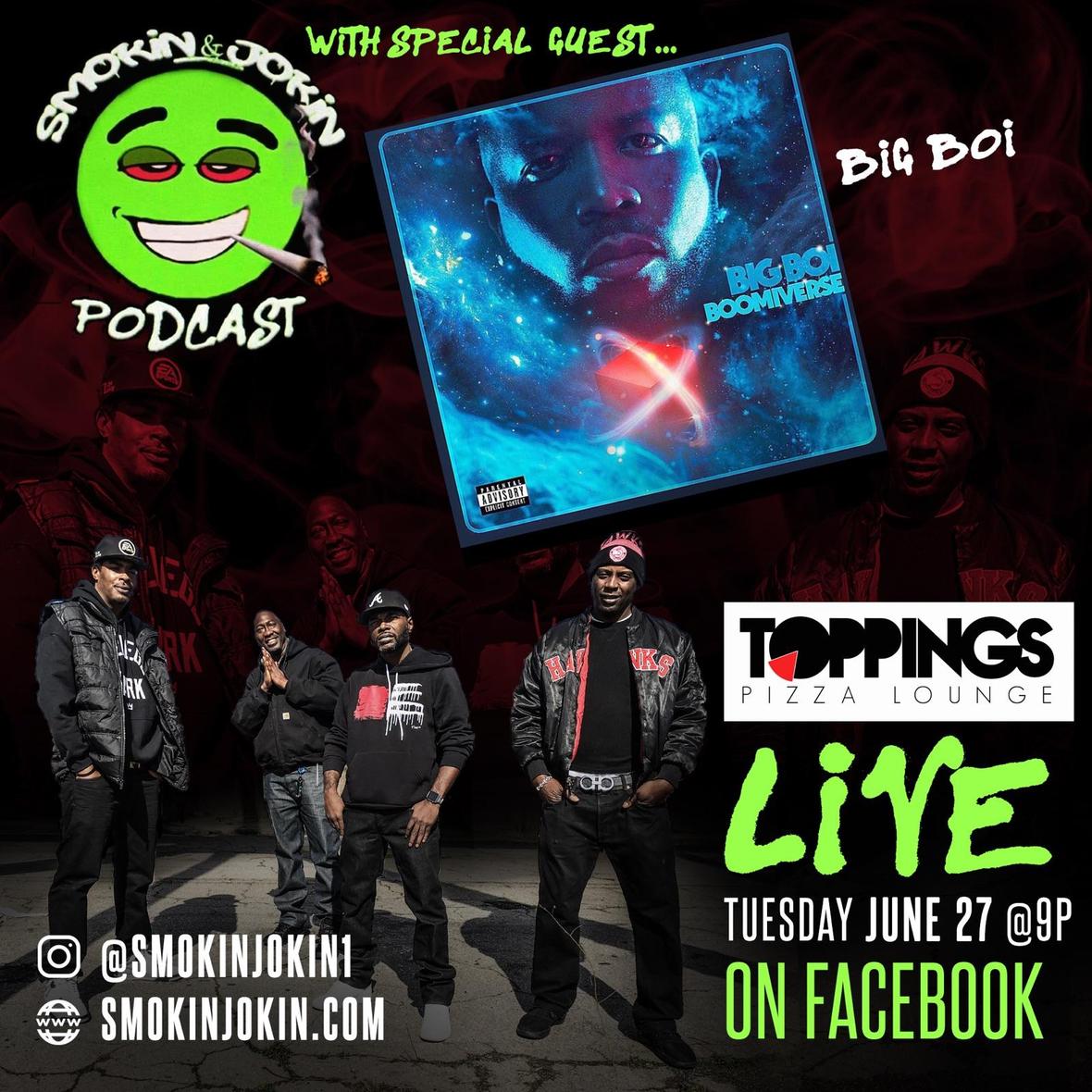 Special Guests tonight include Kap G fresh of the XXL 2017 Freshmen List!!! RL (of R&B group “Next”) and Sean Paul (1/2 of the Rap Group “YoungBloodz”)!
They will be broadcasting live on Facebook at 9pm EST!!!
Click [Here] to watch, if you can’t make it to the event.

As of late, Paper Route Empire has been at the forefront of delivering authentic street music thanks to multiple releases from Memphis’ own Young Dolph. Continuing in that same vein, one of Paper Route’s latest signees, Key Glock, is quickly becoming a force to be reckoned with. Having released the Sosa 808-produced single “Racks Today” earlier this year with Jay Fizzle, Key Glock returns today to provide eager listeners with *Glock Season. *The 12-track mixtape keeps the features to the minimum, allowing Key Glock the perfect opportunity to detail what his come up is all about. Production on *Glock Season *comes contributed by heavy-hitters like Sosa 808, Izze Tha Producer, DJ Squeeky, and more.

Atlanta, GA; Yo Skooly Hustle formerly known as Pen Griffy is preparing to drop a new project. For those of you unfamiliar with this versatile artist, it should be known that not only does he have a lyrical arsenal as a rapper, he is also a song writer, record producer, and actor. While known as Pen Griffy he released his first #1 Album “UGK the Underground Kings” and co-wrote the single “Stop and Go”. He has been linked to household names, such as; T.I., J Cole, and Kanye West to name a few. As he sets to drop his debut project as Yo Skooly Hustle he drops a preview of what’s to come over Meek Mill’s “Shine” track. Stream the track and stay tuned for what he does next.

St Louis, Missouri; Milq Da Game Entertainment’s very own LIL STL, along with his team have built a crazy buzz and are still growing strong by spreading to other markets throughout the country! Having released various mixtape with big names; such as Swamp Izzo and Bigga Rankin as hosts, he has become a name synonymous with grind and talent. LIL STL has maintained that his biggest musical influence was and still is Pimp C and Bun B (UGK), which can be heard via his lyrics. Today we bring to you Lil STL’s summer single “Whitney & Bobby”, which has production by Dave The King and the video directed by Brandon Lovera. “Whitney & Bobby” is a fun track that depicts a lifestyle that is street driven, by using the names Whitney & Bobby as a metaphor for street drugs, not what one might expect, but LIL STL delivers once again. Press Play and support the track by downloading it/streaming it on all available sites.

Atlanta, GA; Many people heard of the duo Mullage when they first hit the scene with their breakout single “Trickn'” in 2009. Yet many people are not aware of their history as Navy vets and their day-to-day lifestyle. Their latest vlog “A Day in the Life” gives you a peak at what these two artists have going on outside the music. B Boi speaks briefly on his spiritual journey as he has started to seek answers to questions that are important for his growth and B Town speaks on how he is balancing two careers, but maintains that music is number one in his life. Checkout the brief video and do not forget to download their latest single “Dirty Diana”, as it is gaining ground throughout various music markets.